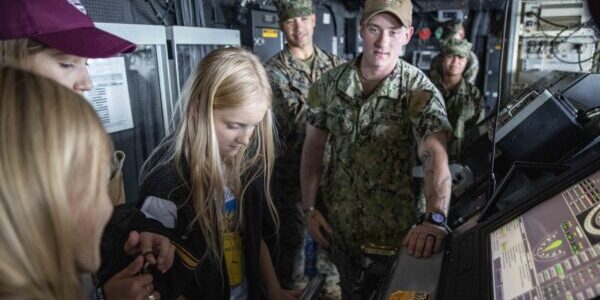 The White House is asking Congress to approve $37.7 billion in additional aid to Ukraine, as The Hill noted. Of that amount, $21.7 billion would be used to provide more equipment to Ukraine and replenish DOD’s weapons inventory. The other $14.5 billion would go toward security assistance, food security and humanitarian aid.

The package would “ensure that Ukraine has the funding, weapons and support it needs to defend itself,” an administration official said, according to The Hill.

Several Republican-aligned groups in D.C. are asking Congress to turn down administration requests for Ukraine aid until the new Congress takes over in January, as On Base reported.

“We… urge the current United States Congress not to rush through another large assistance package for Ukraine during the lame-duck session,” the 13 groups wrote in a letter obtained by Axios. “Any new aid package to Ukraine should be thoroughly debated, examined and voted on in the 118th Congress.”

A Navy Seaman explains to Ukrainian children how the USS Arlington is steered during a scheduled port visit in Latvia. Navy photo by Mass Communication Specialist 1st Class John Bellino