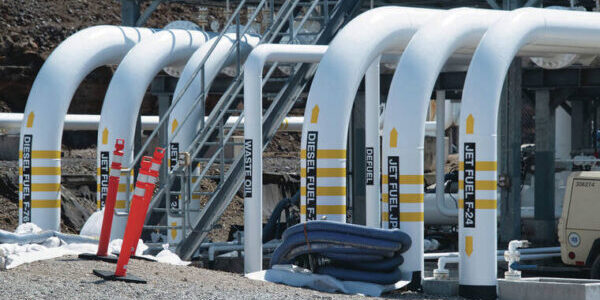 The task force overseeing the defueling of the Navy’s Red Hill pipelines in Honolulu has successfully unpacked fuel from the pipelines, “a critical first step to the ultimate plan to defuel the tanks at the decades-old underground Red Hill fuel farm” near Joint Base Pearl Harbor-Hickam, as the Honolulu Star-Advertiser reported….

About 160 troops from the Army National Guard’s 1133rd Transportation Company, based in Mason City, Iowa, is shipping out for about a year as part of “Operation European Assure, Deter and Reinforce,” the Globe Gazette reported. Sgt. Madison Dutka said he was “a little nervous now, and I’m just anxious leaving my family and Iowa itself…. My grandma gave me all my cards for Thanksgiving, Christmas, all of them. [We’ve] just been coming together for some of those holidays a little bit beforehand.”