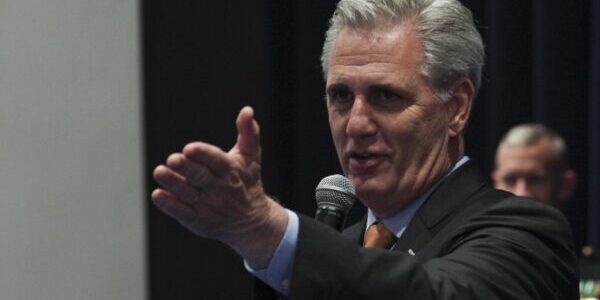 “I’ve watched what the Democrats have done on many of these things, especially the NDAA – the woke-ism that they want to bring in there,” McCarthy told reporters Tuesday, as Defense News reported. “I actually believe the NDAA should hold up until the first of [the] year – and let’s get it right.”

“You are damaging the United States military every day past October 1st that you don’t get it done, and certainly more so every day past January [1st],” he said, according to Politico.