3 Questions: Combating Suicide by Focusing on ‘One More Day’ 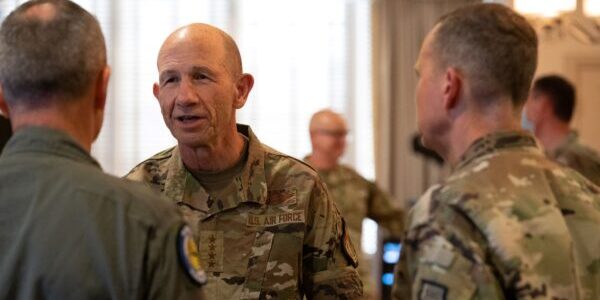 One More Day is a nonprofit focused on reducing suicide among veterans through community programs and outreach to active duty service members. On Base with ADC talked to Mike Holmes, a One More Day board member, about the organization and the challenges in ending suicide.

ADC: How did One More Day get started?

Holmes: One More Day was started after David Conley lost four of his service brothers to suicide in the late 90s and early 2000s. These untimely deaths led David to focus solely on learning what was not being done to combat suicide. The name One More Day came after each family told Dave, “If we only had one more day, we would have….” They all said the same thing. To help provide these “one more days,” we’ve focused on data-focused, community supported interventions, trainings, safety planning and “talk programs.”

ADC: Why is it so important for veterans to tell their stories?

Holmes: Veterans need to understand that those around them care. Telling their story and having someone listen is the best way to understand that. Verbalizing one’s story will almost always take away, or at least reduce, the power of what is causing one to consider suicide as an option. Lastly, telling one’s story is step one in asking for help. It’s an excellent opportunity for veterans to let those around them know that there is a problem without having to “ask for help.”

ADC: When will we know that we’re winning the battle against suicide among service members and veterans?

Holmes: Sadly, “winning the battle against suicide” is almost impossible. I think that if we are able to reduce the number of suicides, we are beginning to win the battle. Suicide will always be considered by those who feel they have no one to turn to or nowhere to go. Our job is to provide as many effective alternatives as we can. Counseling, mental health treatments, job placement, transition assistance, marital and relationship help, gun safety, and financial advice are all part of the solution. Once we can get all these programs up to speed and readily available to all veterans, then – and only then – are we winning the battle. Community support and resourcing will be essential.

Photo of Holmes courtesy of One More Day