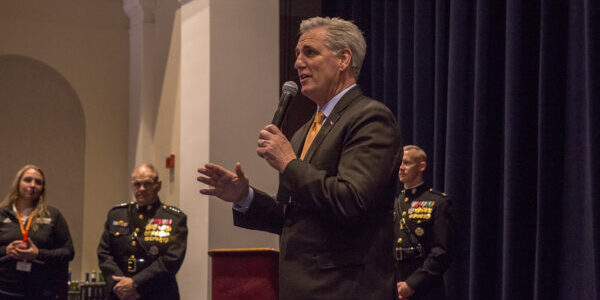 House Speaker Kevin McCarthy (R-Calif.) said over the weekend that there are ways to cut defense spending.

As part of the deal within the Republican conference to elect him speaker, McCarthy reportedly promised to return to fiscal year 2022 budget levels. If that cap is applied across the board, it would cut about $75 billion from defense spending. McCarthy and his allies have said the defense budget would likely stay at its current level and the cuts would come from nondefense spending.

Any cuts would have to be negotiated with the Democratic Senate and the White House.