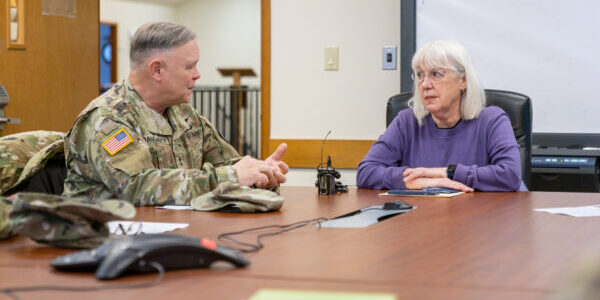 For the first time in U.S. history, four women are in charge of congressional appropriations.

“[I]t is our responsibility as members of Congress to do the hard work to listen to one another, find common ground and then reach sensible solutions that help the American people,” Senate Appropriations Chair Patty Murray (D-Wash.) and top committee Republican Susan Collins (Maine) said Tuesday in a joint statement. “This starts with funding the government in a responsible and bipartisan manner – that means marking up our appropriations bills and bringing them to the floor in a timely way.”

House Appropriations Committee Chair Kay Granger (R-Texas) has said she wants her committee and the House to consider the 12 spending bills independently and also tried to put to rest any talk that the new House majority will drastically cut the defense budget.

“[I]t’s our responsibility to reduce spending where we can and ensure that we prioritize resources on national security,” Granger said Tuesday in a press release. “As the former chair of the defense subcommittee and as someone who has thousands of service members and hundreds of defense contractors in my district, I know how important it is that we have a strong defense.”

“It is an honor to be part of this historic group,” DeLauro said in a Tuesday press release congratulating Granger on her new role.