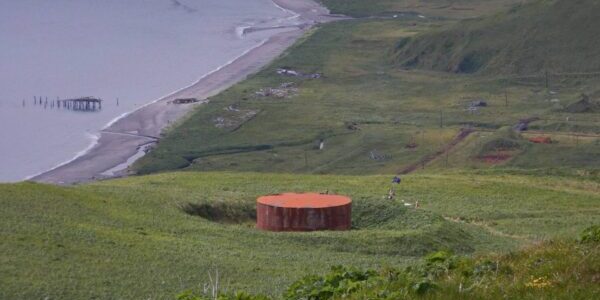 The Navy and the California Energy Commission signed a new agreement Wednesday to continue partnering on energy and conservation, KFMB-TV reported. “Climate change impacts our national security, it impacts our readiness, and it impacts the way we are able to execute our mission,” said Meredith Berger, assistant Navy secretary for energy, installations and environment. “This agreement shows that California doesn’t overlook that fact.”…

Petroleum has been detected in samples from a water source near Joint Base Pearl Harbor-Hickam that primarily serves military children, Hawaii officials said Wednesday, according to Military Times. The Navy is investigating how about 14,000 gallons of fuel and water leaked from a site near the installation but initially said there was no contamination, as On Base noted….

The federal government is closer to cleaning up World War II contaminants from a former naval refueling station it abandoned in 1963 on one of Alaska’s Aleutian Islands, according to the Anchorage Daily News….